It’s not always with the clearest vision that one can look analytically at the formative factors of your lifestyle choices - the culture, brands and rituals that act as the ‘nurture’ overlay to one’s ‘nature’. But having recently watched the final installment of Grayson Perry’s ‘In the best possible taste’, and my ten year reunion occurring this Saturday, I feel enough time has slipped by to look at Bedales.

Most haven’t heard of Bedales School - why would they? It’s just a small, secluded boarding school in the Hampshire countryside. But those that have are often in no doubt of its reputation. From nude mixed bathing in the 1930’s, to underage, drunken threesomes just last year, Bedales has always represented the rebellious underbelly of public schools. A key theme in Grayson’s analysis of the British upper classes was “appropriateness” - something Bedalians (and more importantly Bedalian parents) flaunted their derision of with aplomb. While I remember sitting through many a school assembly being ordered never to consider ourselves “privileged”, I would argue with hindsight that ‘inappropriate privilege’ was the driving force behind everything Bedales did and said. 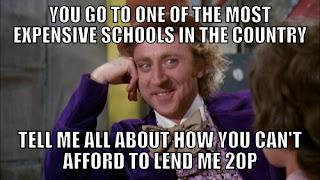 Bedales attracted two disparate ‘tribes’. In one corner were the deviant aristos - the infamous ‘bad seeds’ unlikely ever to be writ large on their sprawling family trees or immortalised in oil and hung on an ancestral mahogany stairwell. To them, Bedales stood at the furthest end of the shabby chic continuum as a way to reject their aristocratic identity without any of the tiresome day-to-day parenting encouraged by the state education system. Bedales represents the ultimate ‘fuck you’ to the family name by spending the last of the inheritance on preposterous school fees so Tariq could bake artisan bread, roll incredible spliffs and fail all his A levels.


In the other corner were the princes and princesses of the Rock and Roll establishment. The insanely good looking offspring of The Rolling Stones, The Who, The Pogues, The Clash, or those with suggestive surnames like Paxman, Dahl and Day-Lewis. This lot came at it from a different angle - they may have had loads of money but it was all new money - the very worst kind of money. To Rock and Roll parents, Bedales was an easy and fast way to buy into a very specific type of wealthy bohemia. Grayson Perry describes this lifestyle as being “like a play set in the 20s, on lovely misty lawns with decorated swans” and, with its sprawling grounds and moss-covered buildings Bedales offered up just that. 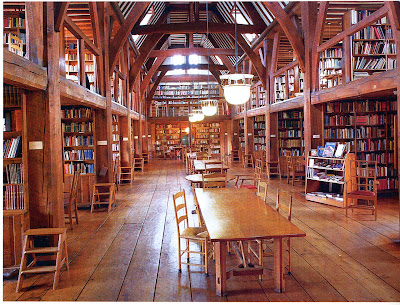 As a brand, Bedales did a fantastic job of appealing hugely to their two target audiences. It had everything a luxury lifestyle brand requires - a compelling heritage, a distinct reputation, an ownable aesthetic and, most importantly, a price tag which made it both aspirational and exclusive. As students, we were the brand's greatest assets and the expectation to fall in line with its values was high. And what great ambassadors we were - directing plays, digging ponds, and indulging in narcotics, eating disorders, alcohol and sex like they were chocolate buttons. Hogwarts on meth. 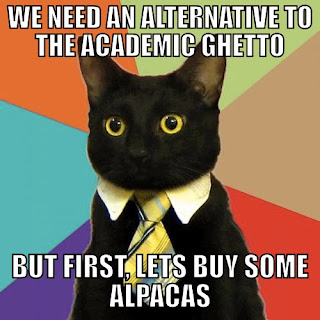 There’s a line in Absolutely Fabulous where a furious Eddy chastises her daughter for being studious and “normal” with the line “When I think of the schools I sent you to darling, I mean BEDALES for God’s sake!”. The comment implies that being a Bedalian makes you a certain type of person and, to a certain extent both negatively and positively, it does. As a teenager it’s comforting to be totally “on-brand” and “on-message”. After ten years, however, I like to think it’s just a small part of who I am - a streak of rebellious, inappropriate ‘nurture’ running through layer upon layer of nature.
Posted by Unknown at 27.6.12