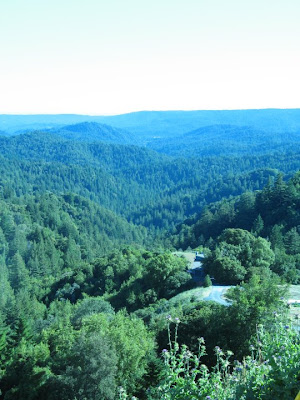 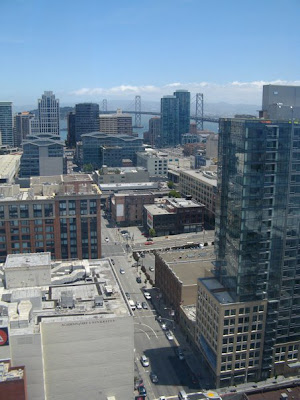 "SCRIBBLED, SECRET NOTE BOOKS IN WILD, TYPE WRITTEN PAGES FOR YOUR OWN JOY."

LOST IN THE WORLD. 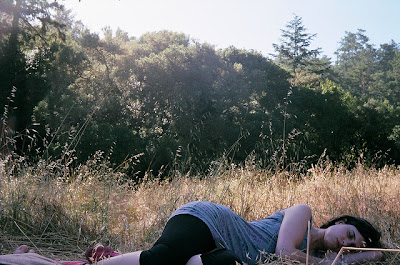 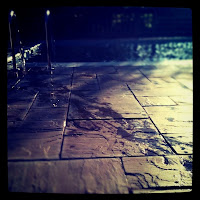 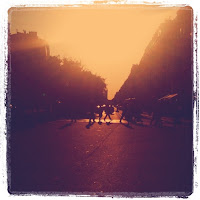 Downton mania aside, one of the most anticipated shows in the festive TV schedule this year was the return of Absolutely Fabulous. As early as November, coverage of the forthcoming episode began to appear, and Jennifer Saunders joined Twitter as @ferrifrump. Fashion, celebrities, gossip and debauchery - not since the 90's have we seemed quite so obsessed with "Who's in, who's out, who's sexy, who's not sexy, who's clever, who's not clever". Clearly its creators, and the nation, felt like a contemporary institution was about to make a much welcomed comeback.

I was 10 when Ab Fab first aired, and - as a full-blown media brat - I instantly recognised the Edina "type" from the kind of people who regularly populated our family kitchen of a weekend, talking of Harvey Nic's, Bolly, and lunches at Bibendum in South Ken. It was that halcyon moment in the mid-90's, when the rich were rich, the supermodels really were super, and the "we live like this" generation properly came into their own. As Edina quips in Season 2, "what you can't tell about a person by what they have chosen you to see on their coffee table isn't worth knicker elastic". My parents and their friends laughed at Ab Fab, the same way my friends and I laugh now about Dalston Superstars; they could hardly bear to admit it, but it was funny because there were elements which were oh so true. 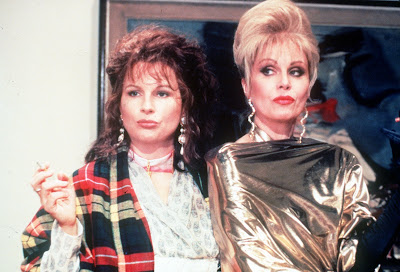 But Ab Fab had something more. It wasn't just a comic reflection or parody; like the very best comedy, it stayed one step ahead of its audience. At the risk of sounding hideously "industry", it was like a trend report in a show. From the clothes, to the brand references, to the interior design, Ab Fab seemed to be the zeitgeist, not just represent it. Even Mary Portas, then Head of Visual Merchandising at Harvey Nichols, understood the PR value in allowing Edina to park her car on the pavement outside the store. Where else on TV at that time, was the image of a modern, aspirational lifestyle available? Coronation Street wasn't exactly heaving with Brabantia bins, Emma Bridgewater porcelain and bottles of Aqualibre, now was it, darling? And let us never forget that Edina was adopting children "one in every colour, one in every room", long before the Jolie-Pitts got going.

So, what made me really sad about the latest episode, was the gaping hole where real cultural insight used to lie. Yes, there were jokes about Twitter and the Kardashians, but those were easy wins, and fairly obvious ones at that. The media industry has evolved from the 90's into an engorged, self-propogating monstrosity, simply heaving with do's and don'ts, ins and outs. How could the Ab Fab writers have failed to leverage the fertile comedy ground today's Edinas are currently stomping around on? You'd think twenty minutes spent swathed in a cape from APC, on a sun lounger at Babington House with an iPad in one hand, and a cup of flat white in the other should at least get them started. 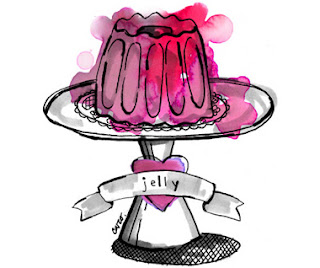 Last Thursday Matt Judge launched Design Assembly 3 - a printed compendium of archive material from the Design Assembly blog, plus additional new work created especially for the book. Having recently lost his father to cancer, Matt is giving 100% of profits from the sale of the book to three cancer charities globally, so stop reading this for a moment and buy it here NOW. The launch party was held at Wolff Olins and was well attended by the Shoreditch Twitterati, and the who's who of graphic design. Check shirts, designer facial hair and a considerable amount of heavy drinking characterized an evening which truly celebrated all the love, hard work and effort contained within DA3.

I was very touched to be asked to contribute to the compendium and felt in very grown-up company alongside some of the luminaries of branding and design. Having written predominately in short-form online, to tackle 2,000 words for print felt like a bit of a mountain. Nevertheless, it was great to really dig deep into a subject knowing that it needed more permanence than a fleeting blog post. As a result, I ended up giving my inner geek an early Christmas present by really going to town on the power of data. A few of my colleagues from Moving Brands have also contributed to the book - Nick Jones, Jon Hewitt, Mat Heinl, and ex-colleagues Hector Pottie and Lisa Smith are also in there. 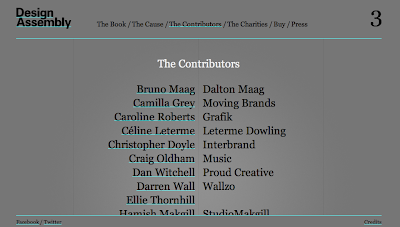 Tonight there's a slightly more low key event to promote the book - the Graphic Design Xmas Quiz. I don't own a check shirt, but I'm seriously hoping that three years in the design industry will have imbued me with  more than a simple appreciation for some quality kerning.

VHS: Off the shelf


When I was a kid, a friend of mine used to make me MTV mix tapes on VHS, because she felt bad that my family didn't have satellite TV. Anyway... enough of my deprived childhood. To capture the response to this tweet...

Thanks to Daniel Hutchinson (@danielhutch) for the links!
Posted by Unknown at 7.12.11