Just finished working on a collaborative project with Designers, Panja Gobel and Emma Barratt, for Project 10. Project 10 is Steve Price's philanthropic plan to work on 10 projects/collaborations in the next 10 months with 10 NFP/NGO organisations on projects that are ‘fun’. Bored of sending out generic press releases to promote the work Steve's doing, he's started printing a monthly newspaper stuffed with contributions from the great and good of the design world.

Steve and I forged a very modern friendship over Twitter and I feel very honoured to know him and to be invited to contribute to the up-coming women's only edition of the Project 10 newspaper. Keep an eye on Steve's site for updates.
Posted by Camillastore at 28.3.10

Smoking is not cool

Unless it's the inspiration for my new spring pumps! 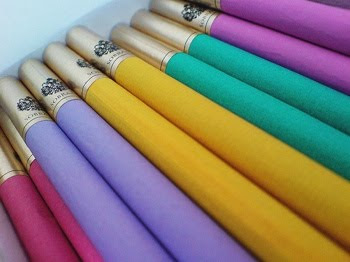 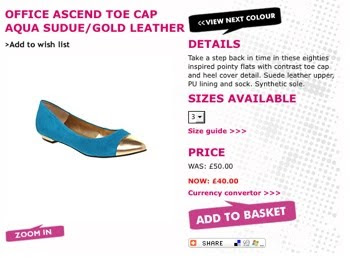 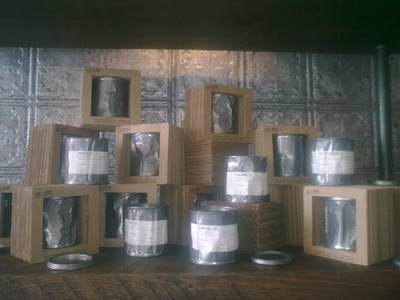 Took a sunny stroll down Marylebone High Street yesterday and popped into perfumier Le Labo, who has recently set up shop following their concession in Liberty. The new Le Labo store follows in the retail footsteps of other "rough luxe" concepts such as Aesop and All Saints. Exposed birck work and wooden floorboards act as a background to a well-defined selection of scents. What sets Le Labo apart is their belief that perfume begins to degrade as soon as it is made, so they handmake every bottle there, in-store. The receipients name or message can also be added to the bottle. Everything was very beautiful and the staff were lovely, but as L`Artisan Parfumeur closes just up the road and Dyptique barely just opened not 500 yards away, one does begin to ask questions. Firstly, just how many perfume shops does the Marylebone shopper really need at her disposal? It's like an upmarket version of Reading, with perfumiers and Waitrose instead of Morrisons and charity shops. Secondly, as a retail concept it is fantastically executed and incredibly aspirational, but I would need the advice of an insider in order to understand what sets these new kids on the block apart when it comes to their scents. When is a rose not a rose? When it's crushed to order and presented in reclaimed tins.
Posted by Camillastore at 15.3.10