I'm not ashamed to admit that I'm quite partial to a spot of BBC Radio 4 of an evening. It's informative, erudite and distinctly British. So you can imagine how much I enjoyed the first instalment of Rory Bremner's new show, "One Question Quiz", which asks his panellists (and his impersonated characters) to riff off just a single question. The first episode asked "What is Britishness", and an answer was given that was so perfect I had to transcribe it here. 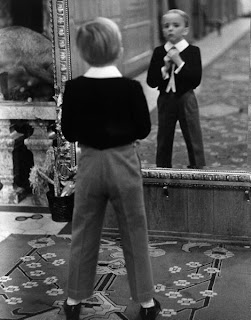 'We've always been a country that turns its face to the world and goes, "I'll have that, I'll have that, I'll have you, I'll eat that, I'll put that on my living room floor, I'll have two of those, Timmy needs a new pair of tusks for school, so I'll shoot that and if you don't do what I say I'll whack you with this, infect you with this and and threaten you til you believe in that. I'll have a gin and tonic on the veranda sharpish or I'll open fire on you in a confined space and never apologise for it and I'll have a side order of all your natural resources. Now answer our phones and pretend you're called John!"'