While in New York this past week, I went upstate to visit the Dia:Beacon gallery. Just an hour and a half north of Manhattan - a stunning journey along the Hudson - Dia:Beacon houses major works of art from the 1960s to the present within nearly 300,000-square-foot of naturally lit gallery space.

Of all the artists in the collection - including Louise Bourgeois, Michael Heizer and Gerhard Richter - the one who captivated me the most was Sol LeWitt. I'd not previously heard of him, so to be confronted suddenly with his almost algorithmic approach to art was overwhelming. LeWitt laid down rules for the construction of his pieces, and defined Conceptual Art in the process. Here, it appeared to me, was a strategist's artist. 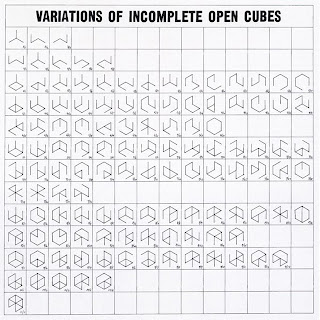 10. Ideas can be works of art; they are in a chain of development that may eventually find some form. All ideas need not be made physical. 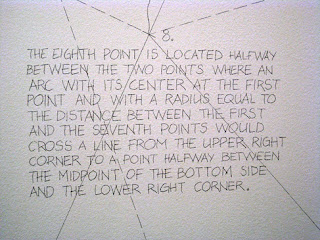 As someone who spends most of my time articulating ideas in preparation for the creative process, LeWitt's words are inspirational. He clearly views the definition of the concept as an intrinsic part of the finished piece - the perfect output only achievable through the realisation of a perfect idea. As a brand strategist, I fully aspire to inform the creative process in that way.

For some reason LeWitt's work reminds me of a collection of Da Vinci's sketches I saw in Paris. Not the universally known 'Vetruvian Man', but just simple drawings of the human form - a leg, a neck, or a hand. Da Vinci's finished paintings are astounding, but his sketches show a working, a refining and a laying down of immovable rules, which can never be compromised. Yet, while Da Vinci needed to understand the biological makeup of the body in order to realistically capture his subjects, LeWitt had no such need. Driven only, it seems, by the intention to create, LeWitt makes the intention a creative act.

Of course, I may be looking at this all wrong. I have an Amazon order on its way, which should enlighten me further. Nevertheless, as an educated onlooker, or otherwise, I am in awe of how LeWitt creates something far more powerful than the sum of its parts, purely by laying those parts bare to the viewer.
Posted by Unknown at 25.3.12