Online, there's nothing that says VIP like getting in early on a Beta. "Beta" is the testing period for new tech. It's usually limited-invite only, meaning only people close to the developers and their resulting network get a look in. And, if the product's good, there's really no greater way to build buzz than restricting availability to a few geeky influencers. Especially when those influencers are also doing the testing leg work to make it great ahead of mainstream launch. It's old school marketing in a new school sphere.

One new Beta I was invited to recently is CheckThis - "a beautifully simple publishing tool designed for the new web". At first, I couldn't work out the point of it - if I want to share content, I post it to my blog, or Twitter, or Facebook. So a week went by, and I forgot all about it. I had basically failed as a Beta tester. 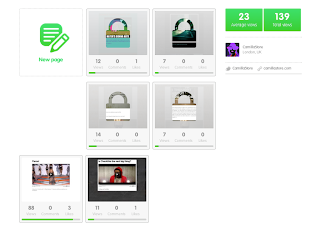 But then something came up that made me want to make something - a little collection of content all in one place in a context of its own to be communicated just to the people I chose. And suddenly CheckThis had a point. Because we don't really sit down and write letters anymore, or make mix tapes as a way of connecting with people. To convey our state of mind, feelings and taste now we update, tweet and "Like". In front of everyone. It was time to find a corner of the web that could be personalised and shared, but shared quietly.

CheckThis allows you to create a unique webpage and easily add copy, images and video. The page can then not only be protected to just those with the link, but also set to expire after a day, a week, a month. An interesting feature in an age where we're all worrying about that Facebook update from 2008.

Makers can never really be sure how consumers are going to adopt their product into their lives, and that's why the Beta stage can change the whole direction of how that product is communicated on launch. I can imagine CheckThis generating a huge and loyal user base, but I would not be surprised if most of those users are protecting their pages. Saving a small part of themselves online for just one other person, not the networked whole. 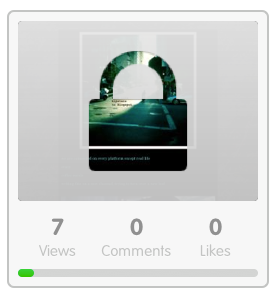 ps. I have ONE invite for CheckThis left. Get in touch if you want in.
Posted by Camillastore at 5.6.11