My co-conspirator on Can't Understand New Technology says "f*ck desks". Steve argues that, within reason and with common sense, it is unnecessary to show up to the same desk, in the same office, in the same country every day. And to a certain extent, I agree. He makes a sound case. Here's the thing though -- I love desks. I don't want to fuck them, I want to take them out for an expensive dinner and treat 'em nice. 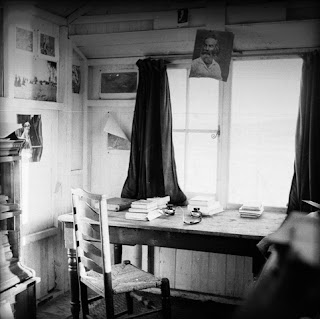 Marissa Mayer's recent call to end remote working may have been controversial yet I can understand the reasoning. A company's internal culture is a key, if not guiding, component of its brand. For Yahoo to rebuild itself in a post-Google world, the focus needs to be on bringing its people together, under one roof, at desks, in order to start figuring out what they add up to and where they're going. On December 31st 2012 I made several big decisions. I decided to quit my job, I decided to launch a newspaper, I decided to go to California, and I decided to stop caring quite so much and just enjoy life. But it was the offer of a desk - albeit on the other side of the world - which anchored me. The knowledge that I'd have a place to plug in - and people around to work alongside - gave me all the courage I needed to act on these huge decisions. 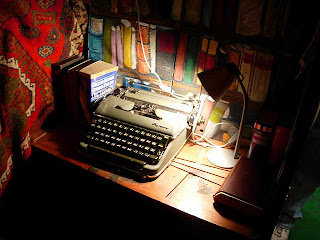 Yes, today's technology means we can work from anywhere, but camping out in a coffee shop is only as fun as your next bathroom break. Is there any greater sense of loneliness than having no-one to watch your MacBook while you pee? No. So, for the past month I have been at my desk in San Francisco's Presidio at Suiter Creative (working title). Some days I was there all day, some days I just did a couple of hours, but in four weeks I worked, I wrote, I helped friends and I starting ticking off some of those goals I set back in the new year. It's the best thing I've ever done. 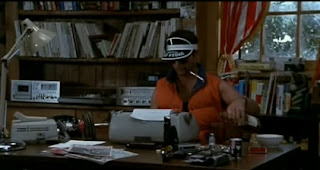 While it's true that most of my professional relationships and "strategic breakthroughs" have not been forged at desks, a desk nevertheless symbolises being part of something, of belonging. Next week I get a new desk and a new place to belong. I first emailed Wolff Olins in 2007, about an hour after I learned the term "branding". It's been a long - and incredible - journey since that email and I wouldn't change it for anything. But, of all the desks I've had the pleasure to sit at, this is the one I've had my eye on for a while.