For some time now I've been toying with the A.plus app - Ashton Kutcher's Twitter client which launched in late May. It was a brave move but one that not only cemented Ashton as leader of the Twitter flock, but also changed the game for branded apps. Writing about it further for a case study today at work, it really hit home how Ashton not only understands the needs and wants of Twitter users, but also their likely acceptance of branded content in return for intelligent interface. 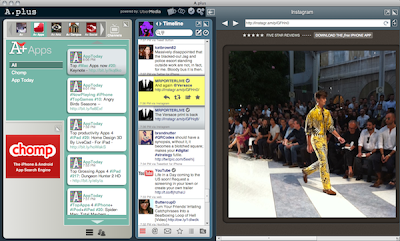 Here's how it works. A.plus is a desktop Twitter client which splits into three key content areas. There's your personal Twitter stream and the ability not just to tweet, but also to quickly add links and @ mentions, as well as a slightly dubious "tweet shortening" tool. The tool basically removes vowels and makes for some pretty hideous tweets, but the sentiment is there. Secondly, there is the Live Preview. It's this which really sets the app above Tweetdeck et al - by clicking on a tweet in your stream, the Live Preview shows you the webpage/image/video right there in-app - no more new tabs and clicking back and forth. It's brilliant. 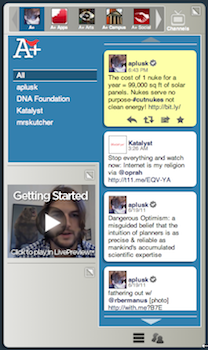 And in return for all this lovely previewing? Streaming content from Ashton world - updates from Ashton himself, his wife Demi Moore, his company Katalyst and his charity, DNA Foundation. Or, by scrolling through the channels listed above, further content from Ashton supported streams linked to Apps, the Arts, Campus Life and so on. 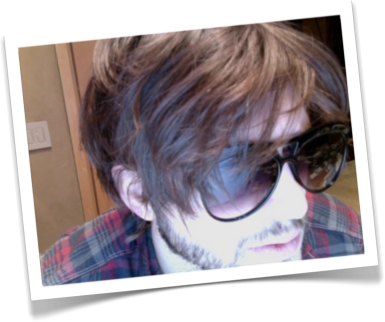 Ashton really is a clever bitch. A.plus has gone beyond hoping that people will actively seek out or notice tweets from brands - or in his case "Celebrities" - and positioned it right there next to your Twitter stream. As Twitter, and indeed other social networks, age and grow, the idea that your brand's voice will be heard through the noise just because you're good at tweeting is not a risk worth taking. What A.plus proves, is that if you have the insight on your audience to give them something they'll truly use - like a great Twitter client - then you have also created the opportunity and right to give your voice, your message priority. Genius.