Say you want a revolution

I went to two talks this week. Both on similar subjects yet both very different in attitude and approach. The first was The Frontline’s talk on Cyber Snooping in partnership with BBC Arabic. The panel was well put together; consisting of a varied mix of people working at the forefront of technological and online governance in a range of capacities. Though proceedings occasionally took a turn for the paranoid, the general sentiment was that it was time to get real about the definition, legislation and regulation of online activity for individuals, corporations and governments on a global scale.

In contrast, D&AD’s “Digital Revolution 2.0” event was, with a few minor exceptions, as worryingly backward as the title itself. Not only did I find myself wondering if 2.0 was just a way to make the proceedings feel more “Internet-y”, but, with references to Second Life and Star Trek, whether I had also somehow travelled back in time to 2004. Assuming, for a moment, that I had, then the event was right on the money. In the early noughties, technology had almost divested itself of its geeks-only image and started to go mainstream. The line between online and offline began to blur, and everyday life was changing dramatically as a consequence. It felt wondrous, magical and overwhelming. In 2004 we had no idea how it was all going to pan out or, to paraphrase Neville Brody in Wednesday’s opening remarks, how we as people might potentially interface and interact. 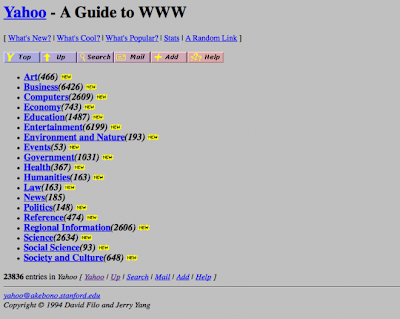 If I had been asked to present on Wednesday, which is unlikely since D&AD evidently find it unthinkable to have more than two women in a panel of six, I would have pointed out that this is 2012 and the Revolution has been and gone. Wikipedia (yes, no longer do I refer to my twelve volume encyclopedia) defines a post-Revolutionary state as one that has resulted in major changes in culture, economy and socio-political institutions. Could you argue that “Digital” has contributed to fundamental change in those areas already? Yes.

The Digital Revolution (let’s just drop the 2.0 shall we?) not only changed institutions, it instigated new ones. The human experience expanded from one existing entirely in the physical world, to one that now incorporates an ever-evolving online world. So much so that people like Birgitta Jónsdóttir, a panelist at the Frontline Club’s event, are not only championing civil rights in the context of the twenty-first century but actively pioneering things like a global freedom of information act and international codes of conduct. 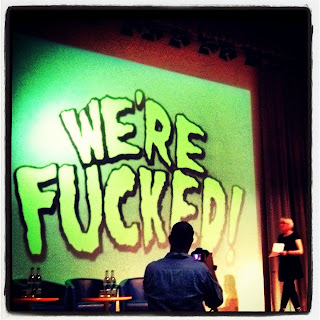 D&AD stands to represent the global design, creative and advertising industries. In this privileged capacity, they ought not to be pontificating on “what it all means”. Getting up on stage and throwing around words like “instagram”, “fluid data” and “re-Renaissance” just add to the noise. Like their political counterparts, D&AD have a responsibility to leverage their name and their expertise to design the direction of digital culture in our changed, and still changing, world.
Posted by Unknown at 27.10.12