What is this about? A new interior design specialism focuses on an emerging breed of client, the divorced man. According to a piece on the New York Times, divorcees are looking to create homes "fit for a family" but that also "appeals to dates". Apparently "a very large television" and the "persistent problem" of exposed wiring are key considerations for today's post-marriage singles. Niche interiors company, Sexy Bachelor Pad claim to bring "a sense of playfulness, humor, & down-to-earth communication to what has the tendency to feel overwhelming and stressful to most men". Loosely translated, the implication is that that black satin sheets are out, 500-thread count waffle bedding is in. 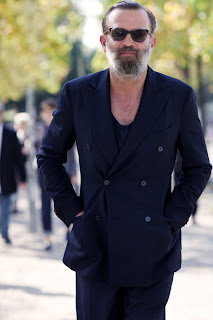 This is white people problem solving at its best. Identify a latent need, and commercialise the hell out of it. Time was that first wives had only to worry that the 'other woman' was a pert blonde who graduated in the same decade as the kids. Now, it's the ex-director of design and brand experience for W Hotels who's the major threat. Susan Manrao works her decorative magic through "vignettes" and "whimsical details" to ensure her gentlemen clients avoid the hermit existence of a man cave, and instead feel confident breaking in the Sabatier knife collection over some porcini mushrooms, while their dates admire the exposed brickwork. 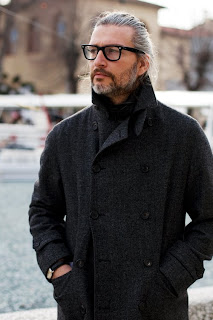 Evidently, frisky divorcees are too preoccupied with the transformative power of an A.P.C linen blend blazer and splashing out on leather iPad covers to bother with such mundane issues as "procuring art" and "reallocating space". Le sigh. 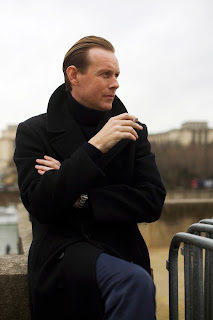 Photos courtesy of The Sartorialist
Posted by Unknown at 15.2.12