The usual Easter Monday sloth was briefly interrupted when, with heart in mouth, I spotted Aubin and Wills (the big sister of Jack Wills) open for business in Westborne Grove. Not having been in-store before, I dashed across the road - narrowly missing an oncoming Porsche being driven erratically by some Madoff-victim blonde.

I was hoping for a Jack-Wills-goes-to-work range of preppy basics, soft fabrics and sizing aimed specifically at the long-term anorexic. What I found, however, was Jack's sombre, less gregarious, and far less sexy, elder sister. 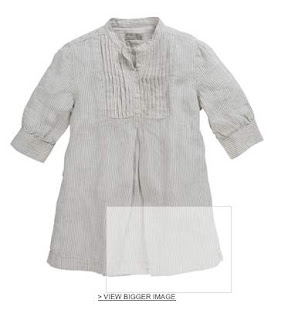 Jack made us feel that is was ok to wear a scarlet riding jacket on the streets of London, he made us truly believe that y-fronts on girls was hottt. As the more mature, seen-it-all-before, 50-notches-in-the-bed-post, Aubin shouldn't be pushing striped pajama pants and linen shirts. We want suits to match the quiffs of over-grown public school boys now slaving away in the City, and Sloane-tastic work skirts for the Lucinda's and Anabelle's serving their time as a PA until they get themselves married off, and slutty lounge wear for loafing around the flat in Putney we bought with our trust money.

Jack, I think it's time you took Aubin out to Mahiki and spike her drink!

To see how Abercrombie got it right with Ruehl, click here.
Posted by Camillastore at 16.4.09